We can’t do what we do without them 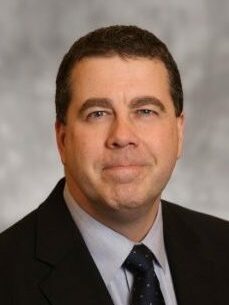 Jay grew up near Chicago and received a BA in German and Commercial Studies from the University of Illinois at Urbana-Champaign in 1990. He obtained his MBA in International Management from the Monterey Institute of International Studies in 1992. From there, he moved up the Bay Area and joined Bank of America, where he spent 11 years working in Corporate and Private Banking in San Francisco, Chicago and Los Angeles. Jay and his family moved to Monument in 2006 to have a better quality of life. He spent 5 years at Wells Fargo and then has been with BBVA ever since.

Jay has been involved on several volunteer boards:  Tri-Lakes YMCA in Monument, the Tri-Lakes Health Advocacy Partnership, Monument Academy Charter School Board of Directors and Jacob’s Well Missions. Jay is a New Life Program mentor for the Springs Rescue Mission and a Pikes Peak SBDC consultant.  Jay has been married 25+ years to Karen – a native Northern Californian.

The McKeown’s are active RVer’s for six months of the year, volunteering at Tri-Lakes Cares, preparing meals for its clients, and serving coffee and donuts on some Saturday nights at their home church. Jay’s hobby is scale-modeling — building navy vessels from the 1800’s through WW II.