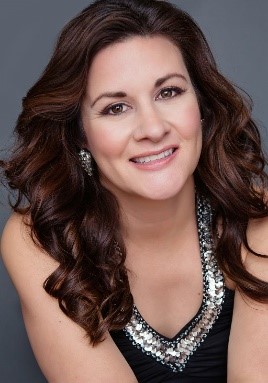 Amy Sufak, president and founder of Red Energy Public Relations, Advertising & Events, is a speaker,
trainer and award-winning published writer who has worked in the public relations and marketing industry
for 25 years. She’s passionate about building awareness for organizations and helping them stay visible.

She is an active public-relations professional, civic leader and nonprofit volunteer throughout the Front Range of Colorado business community. She’s been recognized among the top business professionals in the region by the Colorado Springs Business Journal as a Women of Influence. She was also named one of the top 5 most influential business leaders in Colorado by Colorado Business Magazine. She was named Public Relations Person of the Year for the state of Colorado by the Public Relations Society of America when her agency was first launched.

She served as a Department of Defense Public Affairs officer, speechwriter and spokesperson for 24 military conferences, political summits and military exercises in the United States, Honduras, Philippines, and the Republic of South Korea. She was the military support liaison for the USAF to NASA and also 12 major movie, television and print media projects strategically communicating the U. S. Air Force’s operational and humanitarian missions to millions worldwide.

Amy earned a bachelor’s degree in public relations and marketing from Simmons College in Boston and was commissioned as an officer in the U.S. Air Force from the Boston University Military Sciences program. She earned a master’s degree in Business Management from Hawaii Pacific University in Honolulu. She also graduated from the University of Los Angeles, Anderson School of Management Entrepreneurial Program.